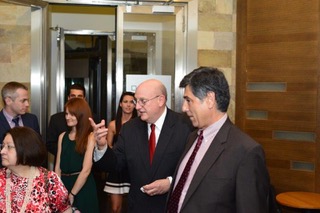 Ira Forman is a widely acclaimed former U.S. diplomat, Jewish communal activist, author, educator and international public speaker. Known for his passionate leadership in the fight against international antisemitism, he served as the Special Envoy to Monitor and Combat Anti-Semitism at the U.S. State Department from 2013 -2017.

He has captivated audiences in Europe, Israel and the Americas with his deep understanding of the nature of worldwide antisemitism, his storytelling, and his enthusiastic championing of a coherent strategy to confront this growing evil.

Ira’s in-depth knowledge of today’s antisemitism flows from his role in developing U.S. policy to monitor and confront a range of different manifestations of this age-old hatred. His presentations are informed by a deep understanding of Jewish history and of American government. He has often appeared in both print and electronic media to speak about U.S. antisemitism policy and Jewish engagement in the U.S. political system. Ira is also a co-editor of the Book Jews In American Politics and has contributed articles for the Encyclopedia Judaica. 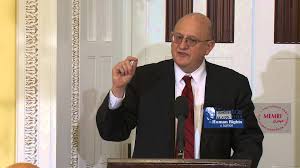 Ira speaks about the complex nature of antisemitism today, the threat to the existence of European Jewish communities of rising bigotry, what the United States government does to combat antisemitism and what can we all do to fight back.

On Strategies for Combating Antisemitism

On Strategies for Combating Antisemitism

His Speech Topics Include: