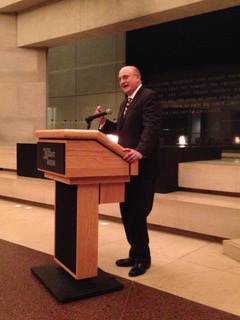 (SEAS) on May 20, 2013, serving until January 2017. As the Department’s advocate on behalf of Jewish communities, he traveled to five continents and over 30 countries. As SEAS, he was responsible for proposing and coordinating the government’s strategies to counter anti-Semitism. This included:

While at the State Department, Mr. Forman was in great demand as a speaker addressing more than 200 audiences.

Mr. Forman has a distinguished record of service to the nation and to the Jewish community:

Mr. Forman co-edited and wrote for the reference book, Jews In American Politics. Of it, Jewish Virtual Library said: 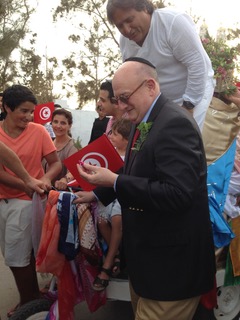 Much is said and written about the role of Jews in American politics, but remarkably few books have attempted to examine the subject with any intellectual rigor. This collection of essays joins that small category of books that presents more facts than supposition, and quantifies the Jewish contribution rather than simply offer subjective judgments….it is not only well-written, but balanced.

He has written articles for the Encyclopedia Judaica. He also staffed and helped edit the volume, Democrats and the American Idea in his role as a Fellow in American Politics and the Economy at the Center for National Policy.

Ira his wife and his three children live in Washington, DC.